2036: Nexus Dawn (known in China and Taiwan as 2036: Clone Era, 2036: Chain Dawn or 2036: Copy of the Times; alteratively known as Blade Runner 2036) is a 2017 American neo-noir science fiction short film acting as a prequel to the feature film Blade Runner 2049; it was released on August 30, 2017, approximately five weeks before the release of the feature film and features Jared Leto as Niander Wallace, alongside Benedict Wong. The film was written by Hampton Fancher and Michael Green, who also wrote the feature film, and directed by Luke Scott, whose father Ridley Scott directed the original Blade Runner and is executive producer on Blade Runner 2049.

The film takes place in Los Angeles in 2036, 13 years before the events of Blade Runner 2049 and tells the story of Wallace's meeting with the "lawmakers" and his attempts to convince them to allow his new line of Replicants to enter production.

Niander Wallace, the blind CEO of the Wallace Corporation is called to a hearing about his desire to manufacture a new generation of replicants. Wallace is warned that what he is doing is illegal and not open to debate, which Wallace questions saying they are debating it. Wallace points out that Earth's ecosystem is collapsing and the only thing that will be able to sustain the human race is cheap labor provided by replicants.

He also claims the new replicants are not dangerous to humans, but the lawmakers remain unconvinced. To prove this, he orders his replicant assistant, a newly developed Nexus-9 replicant, to purposely cut himself and then decide between Wallace's life and his own.

The replicant then cuts his own throat, shocking the lawmakers. Wallace once again asks them if they are willing to authorize the production of new replicants.

The Chinese version of the film features a prologue consisting of a wall of text before the film begins. The text explains that replicant production was banned after the Blackout in 2022, leading to the bankruptcy of the Tyrell Corporation; additionally, the text explains that the Earth's ecosystem has been on the brink of collapse since the mid-2020s. Niander Wallace, the blind CEO of the Wallace Corporation, is explained to have acquired the Tyrell Corporation and have begun to develop a new generation of replicants to serve as a slave force to help rebuild the Earth's environment. This prologue also appears before the Blade Runner short film 2048: Nowhere To Run.

On August 29, 2017, it was announced that Denis Villeneuve had selected three filmmakers to direct short films exploring incidents that occurred between the events of Blade Runner and Blade Runner 2049. The first, 2036: Nexus Dawn, is directed by Luke Scott and follows Niander Wallace as he presents a new Nexus-9 replicant to lawmakers in an attempt to have a prohibition on replicants lifted. The short film also stars Benedict Wong as one of the lawmakers. 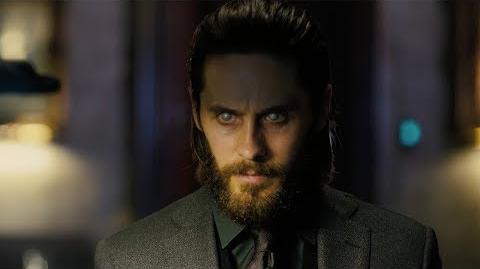