The film takes place in Los Angeles in 2048, one year before the events of Blade Runner 2049 and tells the story of Morton's protecting of a mother and daughter from thugs, ultimately leading to his status as a Replicant being reported.

In Los Angeles, in 2048, Nexus-8 replicant Sapper Morton is shown weeping hysterically into a mirror. He washes his face in a sink and puts on his glasses. Walking through a crowded street, he is briefly accosted by a group of thugs who he ignores.

Greeted by Ella, he gives her the book The Power and the Glory to read, a book that he enjoyed.

Leaving, Sapper goes to a market to sell Nematodes he has collected, being paid $3,000, which is $1,000 less than Sapper needs. After leaving the market, Sapper sees Ella and her mother being sexually assaulted by the group of thugs he had earlier ignored.

Angered, Sapper proceeds to savagely beat the group, inadvertently killing two of them at the very least. Sapper leaves the scene, having dropped his identification papers. A spectator, having watched Sapper earlier, calls the LAPD to inform them that he thinks he's found a rogue skin-job.

The Chinese version of the film features a prologue consisting of a wall of text before the film begins. The text explains that replicant production was banned after "the Blackout" in 2022, leading to the bankruptcy of the Tyrell Corporation; additionally, the text explains that the Earth's ecosystem has been on the brink of collapse since the mid-2020s. Niander Wallace, the blind CEO of the Wallace Corporation, is explained to have acquired the Tyrell Corporation and have begun to develop a new generation of replicants to serve as a slave force to help rebuild the Earth's environment. This prologue previously appeared before the Blade Runner short film 2036: Nexus Dawn.

On August 29, 2017, it was announced that Denis Villeneuve had selected various filmmakers to direct three short films exploring incidents that occurred between the events of Blade Runner and Blade Runner 2049. The second film, 2048: Nowhere To Run is directed by Luke Scott and follows replicant Sapper Morton as he protects a mother and daughter from thugs. Scott previously directed 2036: Nexus Dawn. 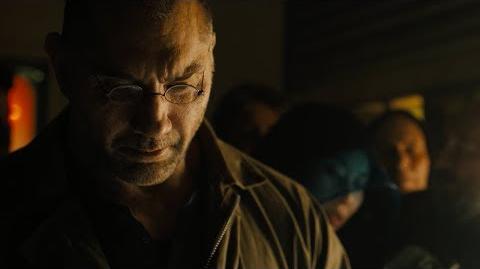