Blade Runner is a Westwood Studios game based on the 1982 movie of the same name. Released in 1997, the game was advertised as "the first real-time adventure game". The story features Blade Runner Ray McCoy hunting replicants in Los Angeles, California in the year 2019.

While it was generally agreed that the game's graphics and sound (music composed by Frank Klepacki) succeeded in adapting the cult film's haunting atmosphere, the designers' attempt at innovating game-play such as simplifying the interface, adding action elements, replacing a traditional inventory with a database of clues, randomization of some events as well as multiple endings were given mixed reviews.

The game is based on the 1982 movie of the same name. It is set not long after the beginning of the movie (we can see this as Eldon Tyrell hasn't been killed yet and Holden had been attacked and taken out of commission). In an optional meeting with Tyrell, he mentions that he had already spoken to another Blade Runner earlier, implying it was Deckard.

In November of 2019, Ray McCoy, a rookie Blade Runner under command of Lieutenant Guzza, investigates a case of animal murder that turns out to be a part of a larger plot that involves replicants that have escaped to Earth. True to the film, the environment is a dystopian, heavily polluted Los Angeles, brought to life by the fledgling 3D Real Time technology of the day. The player is given the opportunity to visit landmarks from the movie, such as the dominating Tyrell pyramid structures, the Yukon Hotel and Bradbury Building.

McCoy is faced with the task of tracking down a group of rogue replicants and retiring them. The game is unique to the point and click genre in that it begins in a highly complicated fashion and continues that way until the game's conclusions. You progress through a number of crime scenes, in which you must gather evidence, this is a matter of being highly observant of surroundings as well as using techniques typical of detectives. The clues gathered are all kept in one place, the KIA database, in-game.

Player choices and randomization made by the game itself change the story-line, with the result being one of the game's thirteen different endings:

Alone
With Dektora
With Lucy

Variables at the Start

These are all randomly generated, so it is possible that all these characters could be replicants or all, except one, could be human. There must be at least one replicant of this group because the final encounter in Act III is always a replicant.[1]

Clues are found by searching crime scenes and areas in general, the first such scene being a trashed pet shop. Clues come in the form of items, photographs, personal interviews or unusual markings. One can also use the ESPER system, located in the police precinct and in McCoy's apartment, to enhance photos, potentially finding some crucial information. Blade Runner can become very difficult as it requires some deductive skills to solve the difficult puzzles.

Combat in Blade Runner is occasional and extremely simplistic. There is one weapon in the game; Ray's standard issue police pistol. However different varieties of ammunition are available.

In 1997 when the game was released, Westwood promoted the game's then-unique "Real Time" system, which mainly comprises a series of scripted character paths and events; which should in theory add up to a highly replayable game. The game also includes considerable randomization of certain events, but ultimately these do not have a major effect. The alignment of certain characters (whether they are human or replicant) also varies between playthroughs, and an experienced player can tell what certain characters will be from the evidence collected - e.g. whether McCoy perceives a suspect as an expert or amateur bomber. The game includes four different endings, some of which vary slightly depending on choice. Much akin to Philip K Dick's writing (or many crime novels), the game deceives and confuses the player intermittently, before eventually allowing them to witness Ray's destiny.

The Blade Runner video game is notable for its accurate, even lovingly imitated environments and for remaining quite true to Philip K. Dick's novel. The game is in some ways even truer to the book, in that Ray McCoy is more troubled by his identity than the film version of Deckard - much like the book's version of said character. Ray laments through a character named Lucy, who faces a similar dilemma; the theme is carried further by the many choices the player can make for Ray, which determine his eventual fate. Unusually for games of that era, Blade Runner has full voice acting for all dialogue. Puzzle solving is a major element of the game: one must solve a number of compulsory puzzles and find a number of clues in order to progress the game's story-line.

The soundtrack for Blade Runner, composed by Vangelis, was allowed to be used for the game. However, Westwood Studios was not granted access to the master recordings and had to remake them by ear alone. The game's composer, Frank Klepacki, created a soundtrack that remains lovingly faithful to the film's and, like the movie, adds to the atmosphere of the world, while also creating new, original tracks that fit in well.

You can listen to the entire soundtrack here.

Ray McCoy is the game's protagonist and a rookie police officer. McCoy seems younger and more naive than his film counterpart Deckard, having not actually gained Blade Runner status yet. He is instead working towards a promotion to full Blade Runner. He lives with his pet dog Maggie in apartment 88F (there is some obscurity as to whether Maggie herself is artificial or not). McCoy's name may have been partly inspired by the expression "the real McCoy", especially in relation to the game's question of whether Ray is human or a replicant.

Crystal Steele is a colleague of McCoy's; she is a sassy, witty female detective who works alongside McCoy within the Blade Runner unit. She is very much in favour of replicant extermination and appears at various stages in the game depending on the player's actions. She is an excellent marksman, scoring an almost perfect score on the LAPD's gun range. She displays a minor attraction to McCoy, as well as considerable disrespect and condescension. She always calls McCoy "Slim". Her fate in the game is ultimately tied to the player's actions; she can either die (killed by the player or in an explosion set up by Sadik) or survive and pair up with McCoy as he gains the rank of "full Blade Runner" following the retirement of Clovis, the rogue replicants' leader, in the Moonbus.

Lieutenant Edison Guzza is the boorish superior to McCoy and overall commander of the Blade Runner unit. He is generally seen in his office for the majority of the game. For the most part, he is bad-tempered; the dire state of the police force in 2019 is expressed through his character; he isn't able to provide McCoy with even petty funds, indicating a decisive shift in social power to the corporations. During the game, Guzza is standing in for Captain Bryant, who is taking sick leave.

Clovis, Zuben, and Luther & Lance (the twins) are the game's replicants. Little emphasis is put on their characters other than their goal to evade retirement and exit Earth on a moonbus. Some are neither aggressive or hateful towards human beings (Clovis & Sadik being the exceptions). The replicants are extremely wary of their status as fugitives. Some of the replicants hold down jobs; Zuben works in a Chinese restaurant's kitchen as a chef and the twins are recently dismissed employees of the Tyrell Corporation turned wheeler dealers, mostly in the business of passing animoid replicants off as the genuine article. Clovis, Zubin, and the twins are the only characters in the game who are guaranteed to be replicants on every play-through, in addition to at least one of their associates.

Lucy Devlin is a teenager of about 14 who is unsure and very concerned of whether she is a replicant or a human. The extent to which she can appear in the game depends on the player's actions. If, however she comes to interact with Ray, she grows very fond of him, seeing him as a dependable figure. Lucy is randomly determined to be a replicant or not at the start of each new game.

Sadik is one of Clovis' associates and randomized as a replicant or human. He is an expert in demolition and prefers using bombs to kill his victims, and is frequently the last person to kill to get to the end of the game. His actions lead McCoy and Steele to investigate further into the replicant renegade problem. Sadik is randomly determined to be a replicant or not at the start of each new game.

Dektora is an exotic dancer operating out of Early Q's nightclub. Her involvement with the replicants mean that Ray McCoy is forced to track her down, not unlike Deckard's investigation into Zhora. She can flee with McCoy in several of the game's endings. Her identity as human or replicant is randomly determined at the start of a new game.

McCoy can meet a host of characters throughout his investigation, including familiar faces from the film: 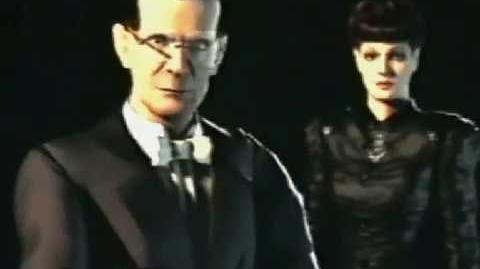 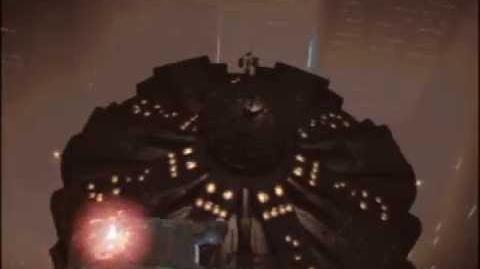 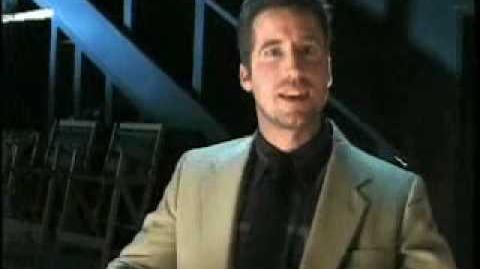 Retrieved from "https://bladerunner.fandom.com/wiki/Blade_Runner_(1997_video_game)?oldid=7588"
Community content is available under CC-BY-SA unless otherwise noted.