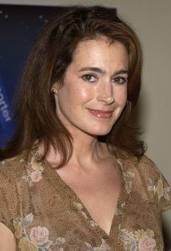 Mary Sean Young (born November 20, 1959) is an American actress who portrayed Rachael in the 1982 film Blade Runner and the 1997 Blade Runner video game.

She also appeared in the film's 2017 sequel, Blade Runner 2049, through archive footage. Additionally, her likeness was de-aged and superimposed over that of stand-in actress Loren Peta for a scene featuring a clone of Rachael.

Young was born in Louisville, Kentucky to Donald Young and Lee Guthrie. A model and trained dancer, she began her film career in 1980 in the film Jane Austen in Manhattan, followed by a small role in the 1981 film Stripes, and a substantial part in the cult favorite Blade Runner (1982). Young also screen-tested for the role of Marion Ravenwood in the film Raiders of the Lost Ark, but lost the part to Karen Allen.

Other credits include Dune, Wall Street, No Way Out, Ace Ventura: Pet Detective and Baby: Secret of the Lost Legend. In recent years, Young has been busy with a variety of independent films and guest appearances on television. Most recently, she spent four months in Russia filming a miniseries in which she plays dancer Isadora Duncan. Young also starred in Poor White Trash playing morally bankrupt Linda Bronco. Poor White Trash was written by Michael Addis and Tony Urban and it was named one of the top 10 overlooked films of 2001 by Reel.com.

Young first created controversy in 1989 after James Woods, who co-starred with Young in the movie The Boost, filed a harassment suit against her claiming she repeatedly threatened and stalked him after a terminated affair. Although Woods dropped his suit and later recanted all of his allegations against Young, the negative publicity hurt her career.

She was initially cast as Vicki Vale in Batman, but was forced to withdraw due to an injury. Young hurt her wrist while riding horseback in preparation for a scene which was ultimately written out of the script, and the role went to Kim Basinger. Still smarting over losing the part of the female lead in the 1989 blockbuster, Young then set her sights on the role of Catwoman for the 1992 sequel Batman Returns, and in a now fabled incident, Young arrived at the Warner Bros. studio in a homemade Catwoman costume to confront the makers of the movie (namely director Tim Burton and actor Michael Keaton). She used other people scouting the studio grounds, using walkie-talkies to communicate, to track down the producers.

The topper was when Young went as far as appearing in her Catwoman costume to denounce Burton on The Joan Rivers Show. After pregnancy forced Burton's original choice Annette Bening to bow out, Michelle Pfeiffer was hired.

Retrieved from "https://bladerunner.fandom.com/wiki/Sean_Young?oldid=14057"
Community content is available under CC-BY-SA unless otherwise noted.