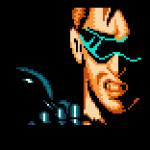 My favourite movie since I was 13 and DVD was the future. I can watch it with the sound down and still recite everything. I like the Final Cut best followed by the International Cut, but I'll watch any and all versions.

Retrieved from "https://bladerunner.fandom.com/wiki/User:Kevin_Striker?oldid=9965"
Community content is available under CC-BY-SA unless otherwise noted.